The (IDP) Internally Displaced People who are in the camp of Kasenga in the town of Uvira, Province of South Kivu continue to suffer from day to day. They have no food, they sleep on the ground without beds, mattresses, or blankets, some spend the night in tarpaulins and others under the stars, their children suffer from severe and acute malnutrition. They also suffer from malaria, bronchitis and waterborne diseases. This is because they do not have the financial means to survive, let alone get health care in a camp occupied mostly by widowed women, single mothers and orphaned children. 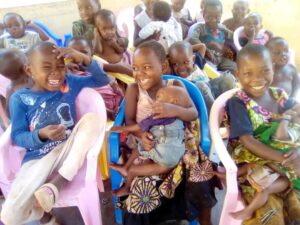 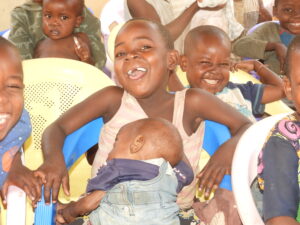 The people are suffering today because are victims of floods caused by heavy rains that have been at the root of the rising waters of Lake Tanganyika on the one hand, and on the other hand, because of the change in the ecosystem that has upset the climatic and environmental phenomenon.

The floods caused a great loss of human lives, mostly women and children who were defenseless, and material goods of great value and several houses were washed away.

After the floods, the territories of Uvira, Fizi and Mwenga experienced problems of insecurity. These territories continue to experience major problems of insecurity caused by the various rebel groups and internal tribal-ethnic militias of the Democratic Republic of Congo and other armed troops from neighboring countries who are fighting on Congolese soil, and the Congolese are paying the heaviest prices. 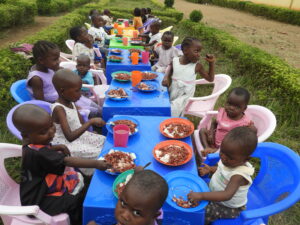 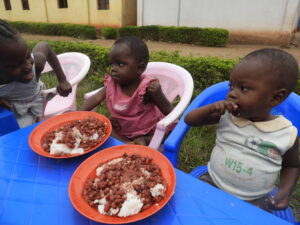 These problems of insecurity, looting and killings have caused many people to flee their villages to safer and more stable places. Most people have taken refuge in the Kasenga IDP camp in the town of Uvira, where they have found themselves with other people who fled the floods, as their belongings were looted and stolen by the rebels and others washed away; they spend nights in tarpaulins and without beds, mattresses, or blankets, they have enormous difficulties, their children are suffering from severe and acute malnutrition, and they go several days without eating. 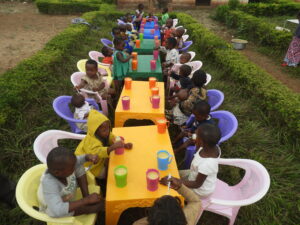 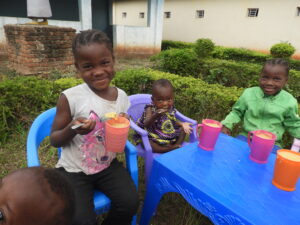 Informed of this disastrous situation that this battered population is going through and abandoned to their sad fate, the Honorable Luc MULIMBALIMBA MASURURU, elected National MP of Uvira Territory and President of the organization MHCD (Mission in Health Care and Development) directly sent his doctors and nurses to organize a mobile clinic and inquire about the situation on the ground.

When they arrived in the IDP camp, they found that the situation was catastrophic, many children were suffering from malnutrition and diseases such as malaria, typhoid fever, bronchitis, pneumonia and intestinal worms, the children were sleeping on the ground and some of them had lost their parents, i.e., father and mother had all died and they had become street children, they lacked clothes to wear and even food to eat. 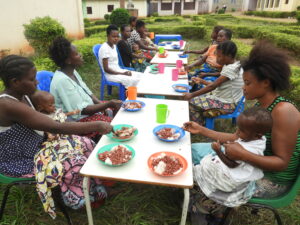 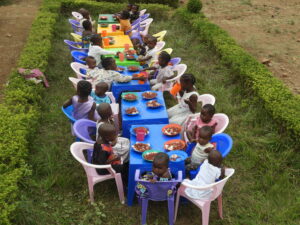 These problems and difficulties that these children go through from day to day have greatly affected Luc and his wife Délice MULIMBALIMBA and they directly launched a medical and surgical campaign at the MHCD Clinic in Uvira where all vulnerable children and women are consulted and treated free of charge. To this end, the clinic has managed to consult and treat more than 1,000 people, especially children and women.

After the medical campaign, we registered widowed women, single mothers, and the most destitute orphaned children, especially those suffering from malnutrition. Given the difficulties they are going through in the IDP camp, Luc and Délice MULIMBALIMBA thought of creating an orphanage for these children. 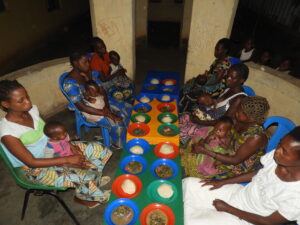 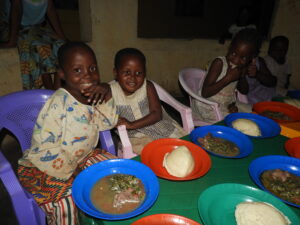 These poor children and women are directly taken to Luvungi, under the care of MHCD, they eat three times a day, i.e., morning, noon, and evening, and they are housed, cared for, and fed for free. They sleep in good conditions and in a safe place, when they fall ill, they are treated directly at the MHCD General Hospital in Luvungi. The doctors of the MHCD follow their health conditions every day, which means that their health conditions are improving day by day.

On the other side, the widows have been put in the training Centre in Tailoring, Agriculture, and small businesses; the training will take 3 months so that they become capable of taking care of themselves when they leave Luvungi.

These widows and orphans when they came, they were in distress, but thanks to MHCD they have discovered their smiles, they live in security and with joy now most of the children who suffered from malnutrition are cured and they are in good health; they can sing, dance, and do recitations now.

The population of the territory of Uvira and of the Province of South Kivu in general thank Dr Luc and his wife Mrs. Délice MULIMBALIMBA for having taken this initiative to take care of these vulnerable people by opening an orphanage and a training Centre for women. They ask the Humanitarians, Leaders, and politicians of the territory of Uvira and the Province of South Kivu to do as Doctor Luc MULIMBALIMBA.