After receiving the news of the eruption of the volcano of Nyiragongo which affected the population of Goma and Nyiragongo Territory, especially the pygmies, we informed the friends of the MHCD in Australia about the difficulties they are passing on. 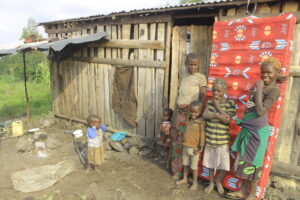 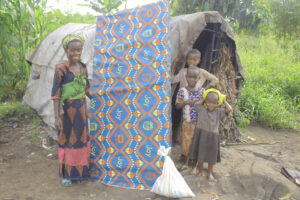 The pygmies of Nyiragongo live in serious poverty, they lack food, they sleep in traditional small houses made by grasses and trees and on the ground, they do not have mattresses, they suffer from day to day. The eruption of the Nyiragongo volcano has increased the suffering that they go through every day. Their villages were among the villages affected by the volcano, especially since they live near the volcanic mountain of Nyiragongo.

To alleviate their suffering, the MHCD Goma Staff visited the different sites of the pygmies of the Nyiragongo Territory and Goma in North Kivu Province. We brought them tarpaulins to rebuild their houses, mattresses, food (beans) and cooking salts.

They were very happy to receive this donation from the MHCD. According to their testimony, they told MHCD Staff that the donation they received were the first donation and assistance they have received, and they are thankful to the MHCD as well as to the friends and supporters of the MHCD in Australia who helped and supported them with mattresses and food at this difficult moment they are going through. 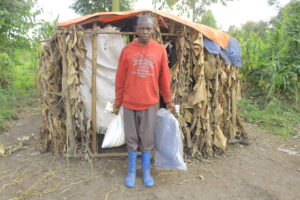 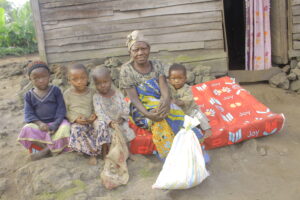 We thank Elaine and John Dietsch who supported this program. Thank you very much for supporting Nyiragongo Pygmies at this difficult time they are going through. We thank MHCDASA who facilitated the transfer of these funds from Australia to D.R. Congo. We also thank the staff of MHCD Goma and Luvungi/Uvira who bought the mattresses, food, etc., visited them and distributed all the goods to them.

Finally,we also thank all those who have prayed and continue to pray for MHCD D.R. Congo mission. 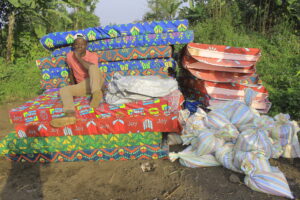 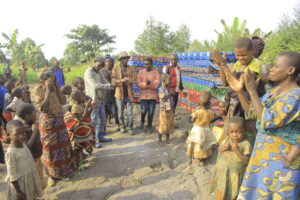 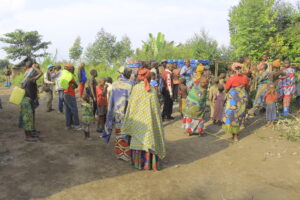 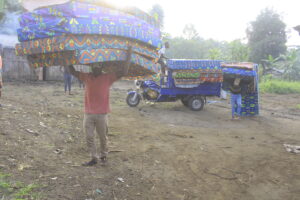 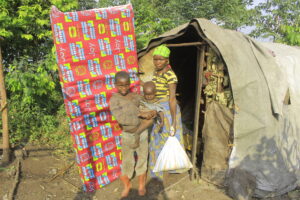